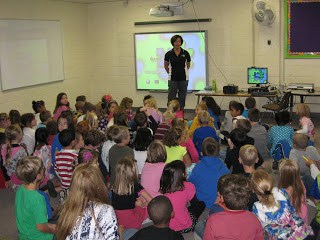 Autism: an explanation -- not an excuse

Even though Denise Schamens and I have been providing Peer Sensitivity Workshops through Good Friend for nearly six years now, we are still often met with resistance about explaining a classmate with autism spectrum disorder's (ASD) differences.  And we respect that.  But admittedly, it makes us a little sad, because we've seen the benefit talking about autism early conveys!  Yet when we learn the resistance is due to a misunderstanding about the intention of our services, we like to clear the air.

For example, a school's administration was encouraging parents of students with ASD to sign a consent form allowing us to contact them to discuss their child.  A spontaneous discussion began among the parents of students identified through their IEPs has having autism who had received the consent form.  While some families were all for the disclosure for the sake of creating positive interactions between students, one family in particular was discouraging others, suggesting that we would offer "excuses" for the "bad behavior" of students with autism.

Indeed, most children (and adults, for that matter) have some undesirable or bad behaviors, whether or not they have ASD.  And as caregivers, we have to strive to redirect or otherwise extinguish those behaviors, because we recognize them as chosen.  Yet in learners with autism, many of those "behaviors" are not chosen at all.  They are a product or a side effect of the differently-wired brain.  In other words, when similar undesirable behaviors are seen in a neuro-typical 5-year-old and an 8-year-old with ASD, we have to distinguish between the meaning of the behaviors and act (or better yet, preempt) accordingly.

When students with ASD have a functional behavior assessment, we caregivers have a head start in our ability to understand and explain unexpected behaviors.  Because autism is an "invisible disability", a neuro-typical student is not likely to associate a peer's unexpected behavior with a differently-wired brain.  But once we provide an explanation about autism and the diverse way that student experiences the world around him, the other students will no longer be mystified about the behavior.

It's not to say that an unsafe behavior like hitting would become acceptable.  Certainly, regardless of the communicative intent of the behavior, unsafe actions have no place in a classroom.  But explaining to the other students who've found better ways to cope with their frustrations or anxieties that there's a whole team of support people (educators, therapists, etc.) working together to teach the student with autism other coping strategies goes a long way.  Typically-developing peers could go from being hesitant or even fearful to being cooperative and helpful.

What have you learned about autism through the behavior of your person with ASD?