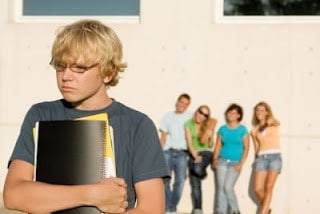 An article published online in the Archives of Pediatric and Adolescent Medicine last week regarding autism and bullying set the news and social media ablaze with headlines and commentaries.  As a parent, professional, and advocate, I noticed a disturbing but familiar pattern about the "angles"; there was a lot of victim blame going on.  Just read these headlines and pull quotes:

Why autistic kids make easy targets for school bullies from TIME, posted in the Health section of CNN.com. "Many people with autism have trouble recognizing social cues, which makes them awkward around others. They also often engage in repetitive behaviors and tend to be hypersensitive to environmental stimuli, all of which makes kids with the disorder ripe targets for bullies who home in on difference and enjoy aggravating their victims."

School bullies prey on children with autism from The New York Times. "Children and adults with autism spectrum disorders often are socially awkward and have difficulty communicating and recognizing social cues. Another hallmark of the disorder is a strict adherence to rituals and habits.

"'Many of the defining characteristics of autism are the ones that put them at greatest risk of bullying,' said Dr. Catherine Bradshaw, deputy director of the Center for the Prevention of Youth Violence and an expert on bullying at Johns Hopkins University."

Indeed, one could find encouraging, helpful statements in the reports.

In the story on CNN.com, author Maia Szalavitz writes, "Research finds that the best anti-bullying programs are comprehensive, involving the entire school and not just individual students. Programs that work well tend to encourage a warm school environment in which diversity is celebrated; they also rely on adults at the school, from the principal to the lunch ladies, to set a tone that clearly indicates that bullying isn't acceptable.

"Studies find that students in schools that create such a welcoming atmosphere not only perform better academically, but also have lower rates of behavior problems like alcohol and drug use."

The last bit of the Conclusion from the Archives research study abstract notes that a goal for future bullying prevention programs is "increasing the empathy and social skills of typically developing students toward their peers with an ASD".

The good news is that Good Friend, Inc., has been creating tools and conducting services to do just those things for more than five years.

We appreciate educators, parents, and therapists who are working creatively and tirelessly to assist adolescents with ASD in social understanding and skills training.  And while many of those interventions are helping students with ASD become more socially aware, that focus is narrowed to just over 1% of the student population.  And there is no depth of social understanding that will change a person with autism's neurology; their brain will always be wired differently.  It is therefore ineffectual to continually state the characteristics of students with autism that make them vulnerable.

What we need to do instead is focus on the typically-developing peers, some of whom are perpetrators, others bystanders.  These make up the vast majority of the student body.  By creating autism awareness, teaching acceptance of differences, and fostering empathy for their peers with autism, we are preparing school communities to be full of UPstanders who will not stand by as their classmate is tormented.  They will have an understanding of "invisible disabilities" such as autism commensurate with their social ability to navigate complicated relationships.

In other words, instead of putting the onus on the child with autism to change, we are changing the school climate, from the administration on down.