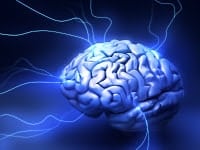 One of the most unnerving aspects of autism spectrum disorder, both for the individual with autism and the caregiver or bystander, is the meltdown.  Taken at face value and out of context, a meltdown resembles a tantrum.  You might observe loud vocalizations, an out-of-control body, and perhaps even some physical aggression, directed toward self or others.  While there are some interventions that are the same for both a meltdown and a tantrum, many more would be contraindicated for meltdown resolution versus tantrum extinction.

As the parent of an adolescent with both ASD and mental health issues, I have benefited from a number of articles, books, and trainings over the years regarding the autism-driven meltdown.  Here are my five key takeaways:

A couple books I've benefited from: Jed Baker's No More Meltdowns and Ross Greene's The Explosive Child.  Do you have a favorite article, book, or other resource about autism-driven meltdowns?