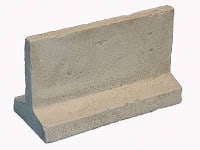 From Barriers to Bridges

Earlier this month, I fawned over the friendship between Andrew Jenks and Chad, a young adult with autism on MTV's "World of Jenks".  The symbol that so impacted me was the bridge they crossed together at an amusement park.  Jenks was both the catalyzer and supporter for Chad's successful crossing.

Did you see the bridge they crossed last week?  They were at a park of sorts where Chad reported he likes to go walk and think alongside a brook.  He likes to see the crayfish and smell the country air and listen to the calming water as he paces.  (Many people with autism, including my son, report they think better when they are moving -- something about that kinetic energy.)  While Chad wasn't afraid of the low, sturdy bridge he and Andrew crossed together, he was trying to wrap his head around this transition he's making from going to school to graduating.  And Andrew was with him to experience that thought process; to encourage him as he crossed that bridge.

And I want to focus on that critical support person role for this week.  Let's back up to the bridge in the first episode.  What if Andrew said, "You're afraid of heights?  Well then never mind.  We'll go your way." While that would have been respectful of Chad's feelings, it would have put up a barrier to his joyful experience.

In the second week, when Chad was going to his senior prom with his girlfriend, his intention was to experience his first kiss with his Amanda.  He was crossing a metaphorical bridge of sorts -- demonstrating his desire to cross from a platonic relationship to a romantic one.  What if Andrew hadn't given him that pep talk in the limo and offered that cologne?  Those steps made the bridge less threatening.  Jenks could have put up a barrier ("You're not ready for that kind of relationship"), but that would have been a barrier to that milestone moment for both Chad and his girlfriend at the prom.

If you're supporting someone with autism, perhaps as an educational assistant (maybe they call you a paraprofessional or teacher's aide), I'd like to ask you to be reflective of your interactions with your students on the spectrum for a moment.  Are you a bridge or a barrier to social experiences in the classroom and beyond?

Before your crinkle your nose in defense, know that I understand how complicated the nature of your role is.  I have a great deal of respect for your job.  You walk this tightrope between fostering independence and preventing learned helplessness.  You are not the special education teacher, but you're the one in the trenches (er, classroom), doing the hard work of managing behavior through modified curriculum, often having to make adaptations on the fly.

But consider what's happening (or what has the potential of happening) between your students and their peers as you do those things.  Your student falls behind with a series of instructions the classroom teacher delivered.  Do you sit between your student and his typically-developing peers, thereby effectively preventing the peers from noticing your student has fallen behind and offering to help (or giving the student the opportunity to ask his peers for support)?

Your student drops her pencil while writing and has a hard time discerning all the motor steps required to retrieve it efficiently.  Do you swoop in and grab it for her, or motion to the peer sitting next to her to offer to grab it?

The class begins a community building exercise that requires a sophisticated level of social engagement.  The student you're supporting doesn't have a whole lot of reliable verbal output.  Do you recommend to the speech language therapist that she develops a method of response to keep your student with his class, or opt out of the experience, essentially further removing your student from being regarded by his peers as a social being?

Your role is crucial to meaningful inclusion.  You have the opportunity, likely several times a day, to be a bridge or a barrier.  Thank you for not only sometimes being the bridge, but building the bridge with inadequate materials in less time than you ever thought possible; for pointing out the bridges to the students; and for helping your students to cross them.