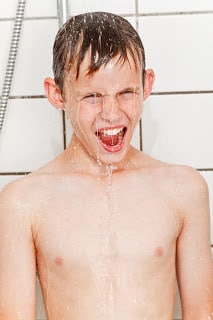 As educators and administrators start to get in the new school year zone, they'll go over the Individualized Education Programs (IEPs) of the students in their classes to get an understanding of some of the more specialized needs.  (Or at least they should be doing that!)  A good IEP is one that focuses on achievements and strengths while making challenging goals with supportive services to keep the student moving forward.  It would be sad and certainly not helpful if the narratives were filled with little more than disparaging notes and records of failures.  The IEP should give the accepting teacher a good base of ideas to keep the student learning and growing.

Assuming teachers are getting such positive documents, they should start in September with every intention of celebrating achievements.  If we subscribe to the belief that success begets success, and we know that there is some attrition of academic skills over the summer, then we have to be ready to set learners up for success immediately in that first week of school.  What accomplishments did they have over the summer?  What wonderful skills are they demonstrating those first days?

As the parent of two children with autism spectrum disorders (ASDs), I've learned that what seem like little things matter big time.  When my mommy friends were celebrating their typically-developing children's milestones, I began scratching my head while I observed my toddler with a differently-wired brain.  Once we had a diagnosis, I understood that we were on a different trajectory, but it would still sting to hear some of those early reports of my child's same-aged peers self-dressing or -feeding.  I was still looking in my child for the same achievements my friends were noticing in theirs.

What I wasn't trained to notice at the time was how my son was recognizing patterns and generalizing those to other aspects of his life.  For example, when walked to the refrigerator and took the number 9 magnet, turned it on its head, and said "six".  Or when he jumped out from behind the kitchen wall and said, "Boo!" to me, just like his favorite character Sulley from Monsters, Inc.

But last month, when his 13-year-old self began singing in the shower, I knew what an achievement that was.  It meant that ...

What victories are you and your student celebrating?