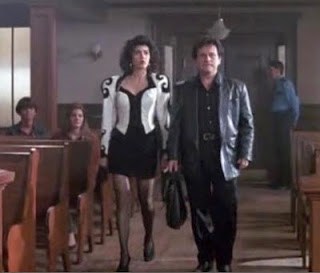 A family's journey in dealing with autism is a highly personal one.  There are stages of grief, not unlike those brought on by the death of a loved one, that follow a diagnosis of autism in a young child.  The timeline and order of those stages are different for everyone.  There are people we meet along the journey: some of them walk with us, some point us in the wrong direction, and others give helpful navigation tips.  I don't want to pass judgment on anyone's journey.  It is our own.

Every now and then, I have the privilege of talking to a parent who is "stuck".  They're having a hard time moving through a certain stage or preventing themselves from returning to it; it's become quicksand, and they're sinking.  Ignoring families at this time in their lives is cruel, so we want to extend a branch to them to hold on to and maybe even wrestle them free, if they're ready.

Denial is such a common, natural reaction to so many facets of an autism diagnosis and raising a child with autism.  We want to believe our child is or will be "fine" -- that the symptoms of autism will subside, and he or she will eventually fit in seamlessly with his or her peers.  The rarity of this phenomenon isn't as discouraging as the light of its hope is energizing, so it's constantly drawing us in.  And hope is a good thing!  We should always hope for the best for our children, expect much of them, and accept nothing less than a coordinated team working together toward lofty goals.

Along this journey, we have to access new tools.  Each leg is different, and requires different supports.  One of the supports our families need is social.  Children with autism need social understanding and social skills to function well in inclusive settings, and their neuro-typical peers need specific autism awareness and acceptance training so they can support their classmate with autism.

Yet we have encountered families during our Peer Sensitivity Workshops who believe their child is indeed blending with their class, and does not want his or her peers to know about autism and how the diagnosis relates to him or her.  There have been times when such families would not offer consent for the inclusion of their child with autism in the training, but other families in the same grade level with children on the spectrum have.  (See our past blog posting on that.)  So we proceed with the training, speaking only about the student for whom we have consent.  More often than not, Denise and I can tell within minutes who the other child on the spectrum is.

And, for me, it always brings to mind a picture from My Cousin Vinny.  Joe Pesci's character (Vinny Gambini) looks over at Marisa Tomei's Mona Lisa Vito, in her black pleather miniskirt, and comments that she "sticks out like a sore thumb" in the small Alabama town they're in.  She eyes him up and says sarcastically, "Oh yeah, you blend."  It's an irreverent comparison, but can be applied to the behavioral and social differences of some intermediate elementary students with and without ASD.

Most of the time, our children with ASD don't blend in with their classmates.  They have different ways of self-regulating, initiating (or not) social interactions, and processing and responding to sensory input. To ignore these things -- to deny these differences -- won't make them go away.  Children often devise their own explanations for unexplained behavior, and you can imagine where that might go.  Our children with ASD may not blend, but they don't have to be sore thumbs!  We educate typically-developing peers so even when they don't blend, they mix well.