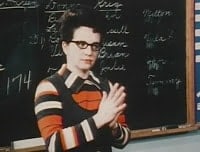 As parents, teachers and administrators, we all need to be mindful of the message we're sending to students.  In instances where students with special education needs are set apart, or segregated, from their typically-developing peers, we have to understand the perception of the students involved: Those with Individual Education Plans (IEPs) who are sent to an alternate placement should know it's for their benefit, or they might begin to feel inferior to their peers.  Those who see their peers with IEPs in separate classrooms should know those students are just as worthy of respect, compassion, and attention as they are.

We teach by example.  If a general educator consistently deflects the needs of a student with an IEP in her or his class to the support person (i.e., a educational assistant or a special education teacher), or groups the students with challenges together and separates them from the other students within the same classroom, social habits are likely to follow suit.  These students will become isolated from their peers on the playground, in the cafeteria, and on the bus.  They will not be included in a homogenous population.  Or worse, they could become targets of relational aggression.

Consider what happened with Jane Elliott's blue eyes/brown eyes exercise more than 40 years ago.  In the wake of the 1968 murder of Martin Luther King, Jr., and in an effort to get her 3rd grade students to understand the injustice of segregation and/or racial prejudice, she conducted a two-day psycho-social exercise.  The impact of this role play, and the one captured on film two years later, has resounded for decades.

On the first day, she convinced her class that the children with blue eyes, like herself, were superior.  The brown-eyed children were asked to wear identifying collars so they would be recognized from a distance as having brown eyes.  Before long, the students with brown eyes felt inferior socially and academically.

The second day, Ms. Elliott flipped the rules, confessing to the students that she'd lied the previous day about blue-eyed people being better than those with brown eyes.  The latter gave their collars to the former; and while the brown-eyed children were more merciful on day two than the blue-eyed children were to them on day one, it was still an awful day for everyone.  By the end, when Ms. Elliott told the students the truth, that they were all equal, the students despised the collars, the lesson, and prejudice altogether. 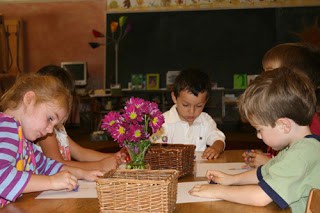 If this alteration in self- and peer-perception happens in a matter of hours, what do you suppose happens over months and years when we separate children with special education needs?  Of course, we have to provide the kind of support that will help our students to learn best; but can we provide it more seamlessly?  Can we design an environment that provides universal access to learning opportunities, without some of the barriers to those who process sensory input differently?  Can we start a club based on a student with ASD's passion that allows him to showcase his core competency -- even expertise?  Can we encourage educational assistants to act as social bridges, sharing practical tips to foster interaction between students with ASDs and their typically-developing peers?

I know we can.

How will you improve the culture in your community to be more inclusive of students with ASD?