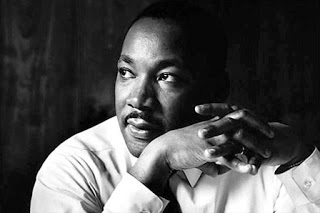 The Silence of Our Friends

As we were doing the research for our middle school film, Choosing To Be a GFF, we noticed a heart-breaking trend.  Typically-developing students who were friends with a child with special needs in elementary school treated their differently-abled peer as if he or she were invisible in the great chaos of blending friends in middle school.  From the point-of-view of the "regular education" adolescent, this new school was not a time to stand up and stand out, but a time to take a big step back and decide who was going to be included in the new friendship mix.  Reaching over to draw in a child from the "special education" co-hort took a measure of character that had not yet developed.

Yet from the point-of-view of the student with a disability, he or she was rejected at a time when social support was most needed.  This new school was bigger and less predictable, and the only thing he or she figured was reliable was the smile of a long-time buddy.  How awful when that buddy chose to cast her eyes down when her friend with Asperger's passed in the hallway; or when that pal kept his hand in his pocket when his friend with Down Syndrome lifted his for a high-five.

On this Martin Luther King Jr. Day, a favorite quote of his rings in my ears: "In the End, we will remember not the words of our enemies, but the silence of our friends." Sometimes that silence is the reason for a friend's feeling of rejection. Perhaps that friend saw disability harassment taking place right in front of him, and he chose to remain silent. Maybe that friend could have offered a word of encouragement when her friend ran by in tears, but decided that was too risky. And maybe that silence caused a child with special needs to despair of his or her own life.

Were Dr. King alive today, I'm sure he would see that America's battle with discrimination on the basis of disability is the frontline of inequality in education and the workforce.  And he would have a dream ...