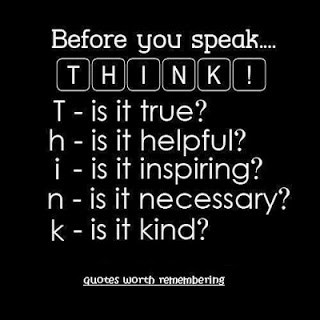 If the R-word campaign and Judy Endow's The Power of Words have taught us anything, it's that words matter.  What comes out of our mouths and/or off of our typing fingertips has the power to hurt or heal, to build up or burn down.  While Good Friend has spent the last five years educating some 17,000 students and adults about the importance of speaking positively about autism and those who experience life through its lens, there are those who continue to remain ignorant about this neurobiological developmental disorder and make insensitive comments.

Such comments sting in a far more reactive way when they're inflicted by celebrities.  For better or for worse, our society is acutely aware of media moguls in various industries, including music, film, and sports.  Rapper 50 Cent, no stranger to the spotlight, got particularly ugly with a threatening Twitter follower last week. According to a Huffington Post article, his response was "yeah just saw your picture fool you look autistic." And, heaping burning coals on his own head, tweeted, "I dont want no special ed kids on my time line follow some body else".

This brought to mind a favorite mantra.

Many 50 Cent fans insisted he was only trying to be funny.  It was the furthest thing from comical or entertaining.  If great power (or influence) comes with great responsibility, then we have to THINK before we speak.  If it isn't True, Helpful, Inspiring, Necessary, and/or Kind, then we should, as I often tell my son when he gets into his self-regulatory scripted talk at inappropriate times, keep it in our heads.

While 50 Cent took his nasty tweets down at the emphatic request of autism activist and mother Holly Robinson Peete, it took the public outcry of the autism and special needs community, plus those who support common decency, to get him to offer an apology.  Thousands of pictures with hashtag #thisiswhatautismlookslike flooded Twitterverse, apparently prompting his Sunday morning olive branch extension.

Let's hope we all THINK before we speak.  Because, for those of us who have reliable spoken language, just because we can speak, doesn't mean we should.

Shopping cart
There are no products in the cart!
Continue shopping
0