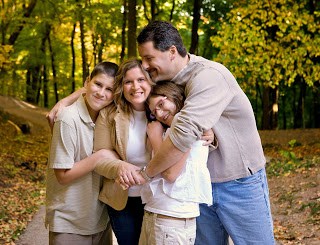 As a parent of two children with autism spectrum disorder, and as a professional who's spent the last six years working toward autism acceptance in schools, I found Suzanne Wright's blog posting, "Autism Speaks Point of View" for last week, incredibly offensive.  Apparently, so did hundreds of others, whose comments at first were allowed on the website just below the posting.  Those have since been removed and comments are no longer recorded (there).

Not surprisingly, it's creating a backlash.  Throughout the week, individuals with autism, parents, and others who value the dignity of those with autism rejected Wright's depiction of families who have a loved one with autism as "not living" but "existing" in "despair" and "fear of the future".  As I read to my daughter Wright's horrible characterization of raising children with autism, which was to be a rally cry for Autism Speaks' policymaking summit in Washington, D.C., she crinkled her face in confusion.  I raised my voice in indignation.  This is NOT autism.  Not for us.  Not for our family.  Not for Good Friend.

Perhaps the Wrights, co-founders of Autism Speaks, have been tainted by negativism.  In their desire to "not sugarcoat the impact of autism" (one of the eight guiding principles of the recent #AS2DC summit), maybe they've lost sight themselves of the gifts, the talents, the dignity of children and adults (who should not be lumped in with minors) with autism.

By virtue of our Awareness-Acceptance-Empathy mission, Denise and I have had the honor of meeting 100 children with ASD and their families (if only over the phone) since 2007.  According to a few of them, THIS is autism:

Yes, some of these parents and grandparents needed resources.  We were glad to give them ideas.  Yes, some of them were tired.  We were glad to encourage them.  Yes, some were frustrated.  It was our pleasure to offer them hope.  That is what it means to belong to a community; not to make others lament our existence, but to pull the little red wagon, as in Margaret Katter's poem, when someone needs a break.

Some days we skip along,
pulling our red wagons with great confidence –
so full of energy that the load seems light.

Some days the load seems heavy
and we need someone to help us
pull our wagons over the bumps in the road. 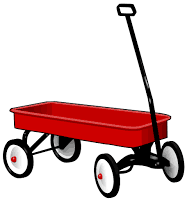 Some days we are just tired.
We sit in our wagons and let someone else
pull us along for a while.

As you think about yesterday, and make plans for tomorrow,
keep in mind that there will be times when you can help
pull someone’s little red wagon for a while.

After all, helping to pull each other’s little red wagon
is what makes it possible
to face the challenges the day brings.

I applaud the effort of bringing national attention to the needs for supports and services that many individuals with autism and families and caregivers require, but cannot access.  But I refuse to surrender the pride I have in who my children are today, who they were yesterday, and who they will be tomorrow for that national attention.  And I certainly will not tarnish the glow of the dozens of shining faces of autism we've connected positively with thousands of their peers.
I believe that change in national policy will happen when autism awareness, acceptance, and empathy pervade legislatures.  When each of us as advocates show those who don't understand how worthy of support people with autism are, we promote compassionate, effective responses.  Please continue to live out Good Friend's mission wherever you are.
Shopping cart0
There are no products in the cart!
Continue shopping
0