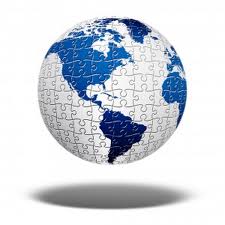 Do you tweet?  Perhaps I should frame that question in a more developed context.  In this world of social media, we all make choices about what we are/not interested in knowing and/or sharing about our own lives and the world's happenings.  There's Facebook for the more personal socializing, and LinkedIn for the professional networking.  Then there's Twitter, which tends to be a chaotic mash-up of news links and stream-of-consciousness opining.  Whether you tweet (post messages under your own user name) or lurk (follow other users of twitter-verse), if you have tweeps (Twitter users you follow and followers) who care about autism, then you've likely heard that yesterday, February 12, was Autism Sunday.

So what does that mean?  It means that a dad in the UK started the concept of an international day of prayer for autism a decade ago.  And in the worldwide social media revolution, having a topic "trend" on Twitter has become a coveted phenomenon.  So theoretically, encouraging Twitter users globally to post about autism using the #autismsunday hashtag would put autism awareness on the Trending map.  A fine idea for the 100 million or so users in twitter-verse.

We'll wake up to get ready for church: me first as Mom, and I'll wake my 10-year-old daughter with Asperger's Syndrome, because with the difficulty she has with focus and executive functioning, it takes her longer than the average tween to get ready for anything.  I'll give my husband the first "alarm" before I hit the shower, and the second wake-up call thereafter.  My 13-year-old son with PDD-NOS is the lowest priority when it comes to the rousing roster.  He's so hyper-efficient in his morning routine that if he's left to wait, he becomes anxious.

So an hour or so after our household Sunday dance begins, we'll head to our place of worship to pray.  I'll probably throw an extra prayer about autism in either in our house of worship and/or somewhere else along the 24 hours that make up Autism Sunday.  It might be while I observe how difficult a time our son has balancing the "rules" in his mind with the happenings of a church service.  It might be while my daughter gazes at my face during a song she remembers I like deep in my soul, because she wants to see if I'm crying.  It might be as I'm balancing the day's menu with the particular food quirks of my teenager in mind.

I don't need a Twitter-storm to make me aware of autism.  But I do appreciate the prayers, and hope that February 12 inspired at least one more person to think about the 1% of people who experience the world through autism, and all their caretakers.